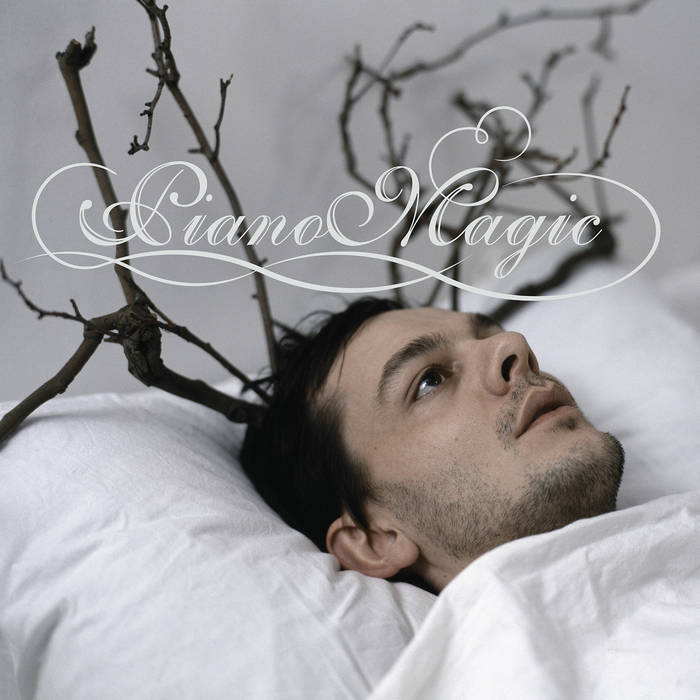 As Delusions Of Adequacy's Ryan McCarthy eloquently put it back in 2005, Piano Magic's album, Disaffected, "has the rare distinction of being simultaneously affected and disaffected, both hyper-literate and monumentally alienated..." In turns, ethereal, introspective, spectral, synthetic, organic and god-forbid, danceable, Disaffected was a giant, though crucial leap from the isolationist post-rock of its 2003 predecessor, The Troubled Sleep Of Piano Magic. It is, literally, the sound of a band shedding its (sonic) skin.

Arguably the crispest sounding Piano Magic album, much down to the crystalline touch of Go-Team producer, Gareth Parton and the band's ever-deepening interest in electronic music production, the palette here is not only wider than on previous albums but more rhythmic and melodic. Even so, Glen Johnson's lyrical themes remain as wistful as ever - the desperate plea for silence (You Can Hear The Room), Love & Music's tale of a small-town boy leaving home to work in a factory, Night Of The Hunter in which the hunters become the hunted and The Nostalgist, indelibly anchored to his past, "I'd just like to say that I'm sorry to everyone who just wants to get on but I...."

In 2016, the presence of John Grant on Your Ghost - his second appearance on a Piano Magic record - long before he hit the big time, is something of a curiosity. At the time, somewhat mired by his own rather uneventful group, The Czars, there's the glimmer of what could and would eventually be. His voice here, a sublime blue velvet wave, yearning over a desolate, ghostly waltz, "You're the back of the mirror, you're the ghost of the tide and I would die twice if you stayed tonight. Don't stay tonight....." This lament contains some of Johnson's best lyrics, delivered by a master torch singer.

On both the title track and the minimal but punchy Deleted Scenes, Cédric Pin's drum-machines and sequencers form taut grooves, hi-hats sizzle and there are not-so-subtle nods to not only New Order's Lowlife but the industrial-lite of People Are People-era Depeche Mode. Likewise, the album makes a fine exhibition of Franck Alba's spidery, Vini Reilly-esque guitar work.

At the time of its release, Piano Magic had nothing to prove, not least in the UK where they were roundly ignored or just plain unloved. The album earned incredibly favourable reviews in Italy, Spain, France, Greece - those hot Mediterranean countries who daydreamed of Autumnal English drizzle on slate roofs and fusty, red brick Victorian libraries. It was this stark contrast that served the band well and helped to seal their reputation as something of a paradox amongst the alternative music underground - a London-based, Anglo-French darkwave group that fared well in the light.