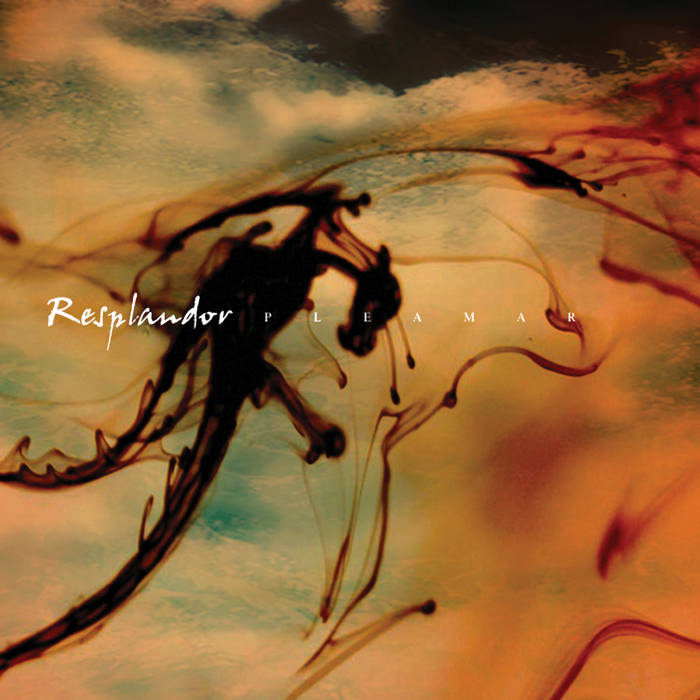 The route of the Peruvians of Resplandor has not known another north than the uphill. Since its appearance on scene, just over ten years ago, the project of Antonio Zelada has built a very meticulous route in this to interfere in the more ethereal and dense atmospheres of rock (rubbing aesthetics like trip hop, dream pop or shoegaze). He has also taken care of every detail related to production: he spared no effort to achieve, for example, the support of an exceptional musician: Robin Guthrie of the Cocteau Twins. That being said, we do not give any further comments. Congratulations. El Comercio newspaper

Resplandor had the most success in the United States: this past March they performed at South By South West, and in 2009 they toured the West Coast with Asobi Seksu. Three years ago, they shared a bill in Lima with Cocteau Twins guitarist Robin Guthrie and ended up becoming good friends. Pleamar is a dreamy wash of chiming guitars, hazy synths, and subtle electronics beats. Nylon Magazine.

This is what you should listen to if you want to imagine that someone recently came out with success from the general anesthesia. With a soothing voice that works as an additional instrument, the Pleamar sound is so good that it immediately convinces the fans of My Bloody Valentine, Slowdive and Cocteau Twins. Dedo Medio Magazine

A leap into the stratosphere, very in keeping with the reverie and their sound proposal, is what has given Resplandor in this last and great album, which should catapult them to the Parnassus of the world dream pop. Produced by the Cocteau Twins Robin Guthrie, Pleamar resembles the sound of a frozen storm sweeping through a wooded landscape, where the only warm note comes from the voice of Antonio Zelada: subtle pop hooks sung in a record whispered and indecipherable, chord to the genre. Highly recommendable. Somos Magazine

With influences of the sound shoegaze and dream pop, Resplandor gives a great album - produced and mixed by the very Robin Guthrie (ex Cocteau Twins) - in an amalgam of electronic and guitars, in nine tracks they give nostalgic melodies of sound, nothing has to envy the scene of the early '90s. Extravaganza! Magazine

Ok, sono dei nugazers, non si sono inventati nulla. Ma sapere che sonorità così ariose e celesti e belle non provengano dalla terra d'Albione bensì da quella degli Inca mi fa pensare a quando dei miei amici peruviani affermavano di provenire direttamente dallo spazio: non mi stupirei, al cospetto di tanta meraviglia. Okay, they're nugazers, they have not invented anything. But to know that such airy, heavenly and beautiful sounds do not come from the Albion, but from the Inca, it makes me think of when my Peruvian friends claimed to come directly from the space: I would not be surprised in the face of so much wonder. Shoegaze.it

At any rate, Resplandor have been making music in Lima since the mid-90s. I have been vaguely aware of them through my internet shoegazer connections, but this is the first of their records that i have heard in full. Not to say that I have been unimpressed with what i have heard; to the contrary, Resplandor's limited catalog is of high quality, but rather difficult to track down in North America. I made extra effort to track down this release, for Pleamar was produced by none other than the Godfather of Shoegaze himself, Mr. Robin Guthrie. (Or should that be M. Robin Guthrie, now that he lives in France?) Aside from being one of my favorite guitarists of all time, Guthrie is a very skilled producer, and the bands he works with are usually worth hearing. This is no exception.

Resplandor pull in some of their friends in the international shoegazer scene for help. Downfall features a backing female vocal bit courtesy of Ana Breton of Mahogany. Breton and band mate Andrew Prinz join Resplandor to add still more guitars and voice to Twilight, the album's long, slow closer. Interestingly, towards the beginning of that song, there is a guitar riff that is very Guthrie, and i wonder if he lent his axe to the proceedings, or if his numerous disciples simply ended up sounding like him, however briefly. According to the Resplandor website, Scott Cortez of Loveliescrushing also plays on the record, although his influence is more subtle and not as immediately noticeable to me, perhaps because i am not as familiar with his work.

So, Resplandor are a long running Peruvian shoegazer act with numerous connections in the international shoegazer mafia, who have put together a 48 minute album featuring a lot of heavyweights in the scene. How does it hold up? Is the band more hype than they are worth?
Fortunately, the album does hold up. Pleamar is among the best shoegazer records that i have heard in, well, a long time. It is full of shimmering layers (upon layers upon layers) of guitar, big shiny melodies, and tremolo that positively oozes out of your stereo. The songs tend to move at a mid-tempo pace, as if weighed down by the density of music that went into recording them. If you like that classic shoegaze sound, which Guthrie records so well, then you will enjoy this album.
I think some of the singing is in English, and some in Spanish. Usually the voice is buried in the mix, hidden under guitar washes, so it is never clearly heard. Heck, they could be singing all of the songs in Klingon for all i know... it's not important really. However, i know that some people get obsessed with understanding the words. If you are one such listener, then you might want to avoid Pleamar, as the lyrics are something you might never decipher.

There are no snoozers here, especially if you like the style from which they do not deviate. The real standout for me is Oeste, which occurs in the middle of the album. The sound here is somewhat darker than on the other tunes, the voice referencing both Ian Curtis and Steve Kilbey, while the guitars chug along over a beat that reminds me of Seefeel. Dark electro shoegaze, which lyrics that i think are in Spanish. There is a lot going on with the guitar work here: it grinds, chimes, and chugs all at the same time. Very very nice.

Another stunner is Boreal, in which the three Resplandor boys try very hard to sound like the work that Robin Guthrie and Harold Budd have been doing of late, and succeed rather well. But they push that light sound further, adding a thick fuzzy guitar over the chiming for great effect.

There is a lot to absorb on this album, and i expect to be delving through it deep layers of sound for quite some time. If you like shoegaze, this is absolutely essential. People who are not fans of the genre probably will not be converted by this, but oh well. It's a beautiful disc, but not for everyone. evilsponge.org

After six years, Resplandor returns with a new record titled "Pleamar", in which they find themselves at the most mature and solid stage of their musical career. This record features the collaborations of Andrew Prinz & Ana Breton from MAHOGANY and Scott Cortez of LOVESLIESCRUSHING and ASTROBRITE. The new album compiles a mix of shoegaze and electronic bits and melancholic lyrics and melodies in which these 9 tracks stand out. This third album was entirely mixed and produced by ROBIN GUTHRIE, ex-Cocteau Twins, one of the most influential bands of all time with the ethereal/dream pop/shoegaze sound. Robin Guthrie has worked with Siobhan de Maré (Mono) to become Violet Indiana, and with Harold Budd as well. Robin Guthrie has produced and collaborated with bands such as A.R.Kane, Dif Juz, Chapterhouse, Lush, Guy Chadwick (House Of Love), Ulrich Schanuss, Colour Kane, Mahogany, among others tonevendor.com

Third album of this wonderful Peruvian group of dreampop and shoegaze. RESPLANDOR have been making music for over 10 years and in this album we find 9 beautiful songs formed by layers and layers of saturated guitars of delay, on which a whisper of voice up of reverb traces a languid melody that appears timidly between the whole tangle of sounds. His music is heavily influenced by the shoegaze of SLOWDIVE and MY BLOODY VALENTINE, but also by the dreampop of THE RADIO DEPT. or COCTEAU TWINS, for post-punk and for noise. The album has been produced precisely by one of the founders of COCTEAU TWINS, Robin Guthrie, who has managed to give it that wraparound packaging that feels so good to the music of RESPLANDOR. People from MAHOGANY, LOVESLIECRUSHING and ASTROBITE have also collaborated. An album, like the previous ones, really amazing and poignant. elplanetaamarillo.com

Now Dat's what I call the beauty of real Shoegaze Music. We've got ourselves a beautiful album here.----- Cocteau Twins fans will dig this to bits. AWESOME AWESOME work. This is more like a 2008 album with the early 90's feel. thesirenssounds.com