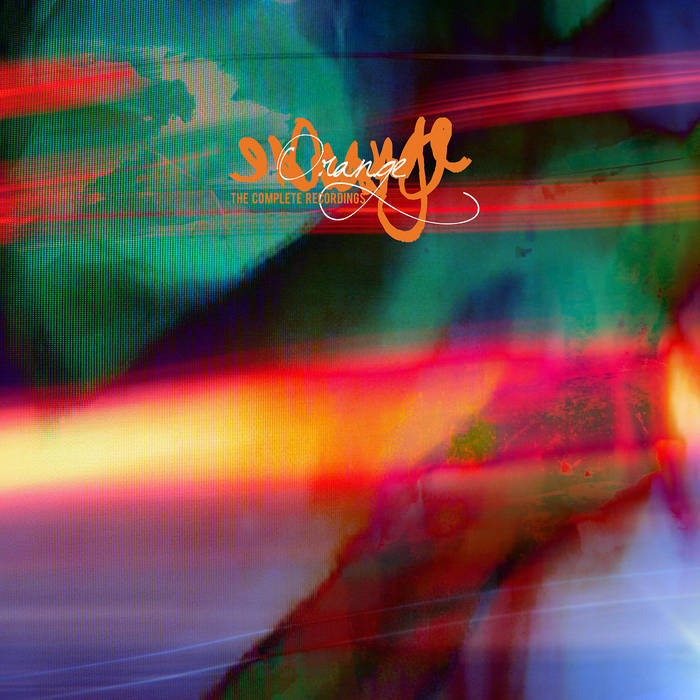 The early 1990s was a very creative time for alternative music. The Cocteau Twins had changed labels from 4AD to Capitol Records and were touring medium sized halls. Radiohead came on the scene with the single “Creep” from their first album. “Loveless” by My Bloody Valentine was blasting from car stereos and influencing bands in college towns everywhere. There were few signs of the grunge era to come. It was in this environment that Orange came to be.

Originally from New Zealand, Sonya Waters lived in London when she received an invitation to record an album for Strange Weekend Records in San Francisco. The project did not come to fruition but she fell in love with the city and decided to stay. After an initial lineup of musicians fell apart, Sonya put an ad in a local paper and met Michael Papenburg. From the first time they played together, it was clear that they had something magical. Sonya moved from keyboards to guitar and sang in a language inspired by books on myths, extinct animals, ancient civilizations, Goddess worship, botany, and pure melody. Michael experimented with effects and alternate tunings in order to create floating walls of sound with his guitar. Together, they would improvise on song ideas for hours with a goal of creating beautiful music that was free of traditional pop confinements.

Michael Papenburg, a Bay Area native, lived in Berkeley at the time. Initially drawn to the sounds of Pink Floyd and Led Zeppelin, he found true inspiration in bands such as The Cure, Siouxsie and the Banshees, Bauhaus, The Cocteau Twins, and Dead Can Dance. In the late 80s, he enjoyed regional success as lead guitarist for the band Missile Harmony featuring Kurt Herr from Wire Train on lead vocals and rhythm guitar. At the time of Sonya’s ad, Missile Harmony had dissolved and Michael was searching for a true kindred spirit. He found one in Sonya.

The initial lineup of the band came together fairly quickly. Katherine Cole joined the group on bass and background vocals. They played a few house concerts as a trio and then added Mike Burns on drums. The band became a staple of the SF music scene, opening for bands such as The Brian Jonestown Massacre, Mazzy Star, Lush, and Tarnation. When performing live, Orange hung large canvas banners around the stage against which beautiful images were projected directly onto the band. By combining stunning imagery with ethereal and haunting music, the band set itself apart from most bands in the scene.

Soon after its inception, Orange began recording with Bart Thurber who ran the House of Faith recording studio in Palo Alto. House of Faith ironically specialized in recording punk bands but Bart was a very talented engineer and did an excellent job of capturing the Orange sound. During this time, Anton Newcome from The Brian Jonestown Massacre invited the band to include a few songs in a box set released on Bomp records. The recordings eventually found their way to Dewdrops Records in Los Angeles who signed the band and released their self-titled album. Orange would eventually record a cover of the Pixies song “Gigantic” for the compilation CD Thurteen on the same label.

Over the three years it was together, Orange went through a number of lineup changes. Heidi Vincent, Tim Ong and Topper all played bass for the band at different times as well as Steve Watkins on drums. As would be expected, different members brought their influences to the group but Sonya and Michael remained at the core of the band’s musical direction. These lineup changes brought about numerous setbacks, though, and the eventual demise of the band.

Every band that ever exists is a magical creature of sorts. Equal parts energy, vision, hubris, beauty, integrity, and vulnerability. To have experienced an Orange performance was to be engulfed in sound, light, and pure emotion. Their CD captures much of that. It is an echo from another time.