The Millia Pink And Green 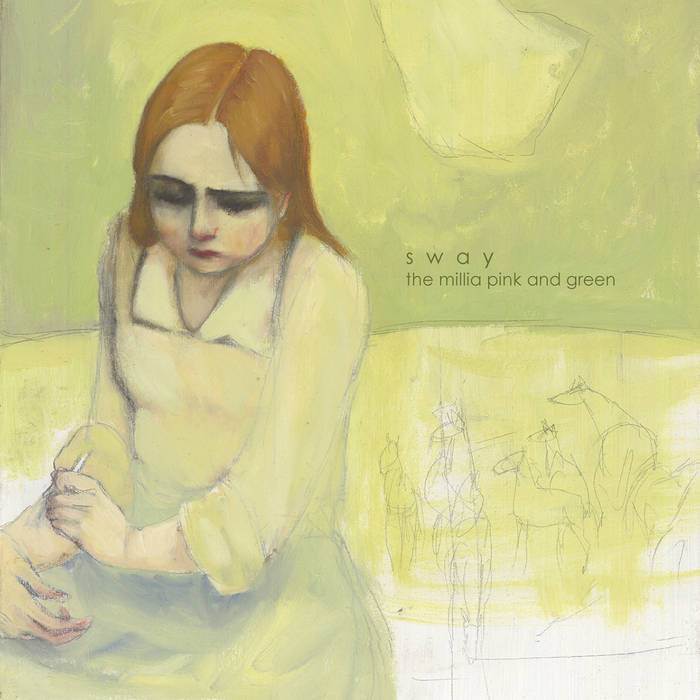 The shoegaze renaissance classic The Millia Pink And Green EP by Sway has influenced many a modern musician, shoegazer and non-shoegazer alike. Now, Saint Marie Records gives it the long awaited vinyl treatment. The record now weighs a bit more, thanks to the bonus track ‘Channel’ and its 180gm Coke bottle green transparent vinyl.

Sway began making noise in 1999, in Ventura, California. At the time, they were a four-piece garage rock outfit consisting of Andrew Saks, Amber Carlson, Seth Eubanks, and Vince Alatorre, playing shows and confusing audiences up and down the West Coast with its blurry wall of sound. They’re most known for the shoegaze renaissance classic The Millia Pink And Green EP released in 2003.

Andrew’s songwriting and sonic ideals are deeply rooted in the music he was surrounded by while coming of age: late ‘70s and ‘80s pop music. Falling asleep nightly while listening to 1980s pop and R&B, and then waking up late at night in a dark dreamlike haze with New Order, Swing Out Sister, Talking Heads, Pet Shop Boys, Lisa Lisa and Cult Jam whispering through his Walkman’s headphones, the sonic memory of such experiences keep Sway from ever giving itself over fully to the traditional shoegaze elements. The quest to recreate these musical properties is what later led Sway to embrace and be further influenced by the blissful textures of dreampop visionaries such as The Cocteau Twins, Medicine, and My Bloody Valentine.
In 2011, This Was Tomorrow was released by Saint Marie Records. It was Sway’s first full-length release and its last.